The Bible is fact at the beginning. The Bible is fact and corrects in the middle and it is fact at the end too. On the contrary, in science even if people establish the theory what happens to the theory as time passes by? The age changes and people gain more knowledge. It is always possible for that theory to be turned upside down, inside out, and backward. Let us think about the Big Bang theory. Throughout history, countless scientific theories have tried to explain the universe’s origins. The most widely accepted explanation is the big bang theory.

Creation of the Earth; The biggest unanswered question in science.

Earth is very much a dynamic incredibly active planet. It’s home to the only living organisms in the universe. Why can’t life exist on the planets such as Mercury and Neptune, but only on the planet earth? Why? What is it that makes our planet so special? 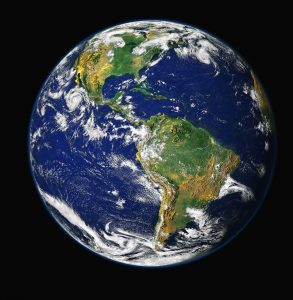 Big Bang theory against the Bible is fact.

Someone who believes in evolution denies the biblical account. The dominant evolutionary model today is called the Solar Nebula model. According to this model somehow when there was nothing; no stars, no space, no life, before the existence of time. Then all of a sudden, our entire universe including our planet was formed from a swirling cloud of gas and dust as a consequence of Big Bang.

Jagyeokru(자격루 自擊漏); a mechanical timing device ahead of its time.

Jagyeokru was the first water clock and used a very complex mechanism that included pumps, measurement, buoys, props, and devices for transmission and time signaling. The principle was detailed and scientific. When water is released from the Pasuho (파수호播水壺; Iron ball storage and dispenser device-controls the large marble that activates smaller marbles to signal the time) it enters the Susuho(수수호受水壺; Floats a yardstick as a measurement buoy), and the measurement stick comes up. the Buoyancy is delivered to the lever, then the marbles fall to deliver power. Finally, three wooden dolls hit a bell, a drum, and a gong to signal the time. 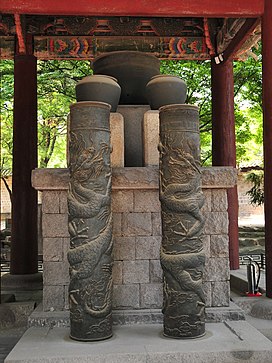 A self -striking device activates the model device that tells the time. Most important is the connection between the time signaling device and the marbles. A large marble is manipulated to indirectly control the signal. The water clock was more precise and scientific than any timepiece made in any other country. It was more than a clock. It was time itself.

Then, who made it?

600 years ago Joseon lacked astronomical technology. The bureaucrats could not do their jobs correctly because they could not tell time.

Taejong-Shillok: veritable records of King Teajong, volume 31(1416,16th year of King Teajong) a Dano festival was held in the Munso-Jeon shrine. Kim hu and Park yeong-sang were locked away for reporting the wrong time for the memorial rites)

Sejong -Shillok: veritable records of Sejong the Great, volume 8: 1420, 2nd year of Sejong’s reign. The preceding King (Teajong) locked his officials in a prison cell, as the Nusu(the Chinese almanac)had been incorrect in telling the time.

There is a story about Jang- yeongshil(Abbr. Jang), a government slave, who was extremely skilled with his hands. Anything that required would quickly appear from his workshop. Now one day, Sejong the Great was gathering the nation’s most talented scientists in his bounds, and Jang was called as well. Sejong wanted to create astronomical tools and timepieces using Joseon’s own technology for Joseon’s future. Jang’s first task was to create an accurate timepiece. The Sunshadow had been most widely used to tell time. He built the Angbu-ilgu a sundial. The principles are in accordance with the Sun’s diurnal motion. But the sundial had its limits. On a cloudy day, the sundial was useless, Jang began thinking how could people tell time without the sun. He found what he was looking for at a stream. “Water! water could be used anytime anywhere!”. Finally, a new time signaling system was created. The water clock is a calculating device, so it can be considered the same as a counter used in counter electric circuits. Put simply, Korea had already invented a mechanical timing device in the 15th century.

Sejong -Shilok; veritable records of Sejong, volume 65(16th year of Sejong’ reign) the Jagyeonkru was designated the standard clock. We have now made the Jagyeokgungru(royal water clock). It would have been impossible without Jang.

Earth, the most systematically-timed planet

Let’s think about the Solar System. Everything orbits around the Sun in our Solar System. This includes the eight major planets in the Solar System along with many moons, asteroids, comets, and some smaller objects as well. In order from the Sun, the planets are Mercury, Venus, Earth, Mars, Jupiter, Saturn, Uranus, and Neptune. Earth… yes, we are here. The time Earth takes to go around the sun once is 365 days or one year, while other planets would take longer or shorter. Mercury has a very short year. It takes only 88 days to go around the Sun once. But a year on Neptune takes around 60,000 years.

Who made it? ; the Bible is fact against Big Bang theory

The Bible says “In the beginning, God created the heavens and the earth. (Ge 1:1)”

God’s attributes are seen by all. As a building requires a builder, creation demands a creator, and as outstanding invention points to a gifted inventor our amazing creation reveals the glory of an awesome Creator. However, they believe that no creation occurred, they believe that this most systematically- timed planet formed billions of years ago without a Creator.

In the evolution story, the universe is more than 4.6 billion years old, so that should be enough time for life to occur in outer space. However, despite a lot of research in outer space, scientists have not yet been able to find any other evidence of living forms under any other foreign sky. Evolution is such a sad story: how can you make something out of nothing? there is really a greater being who created all of us, the scientist called it “the big bang theory” while God calls it “Let there be light”.  Yes, and what is extremely important to realize is the observable fact that the universe is logical and orderly. That makes sense only if its creator is logical, and has imposed order on his creation. It doesn’t make any sense if the earth is just an accident from a big explosion.

Is the biblical creation supported by the science?

Yes, and that’s why the Bible is for. God was there and he told us how he created. He inspired people to write down His very words that became books that were compiled into a complete book called the Bible. The Bible contained so many things confirmed by science centuries later that it would be illogical not to believe in. It is scientifically confirmed that the old testament is…very old. Before the flat earth was a discredited theory…the Bible said the Earth was circular. Before the Water Cycle theory, the Bible already explained a circulation of water. Bible explanations historically predate these findings supported by science. There is literally no way to refuse this. Wrapping it up, the great changes of the world have always been led by eccentric scientists, the Bible precedes science even more than thousands of years, and covers a higher dimensional world though. Even at this moment, God is showing to all people of the world amazing truths that scientists have not yet discovered, through records of the Bible. Unfortunately, they still ask;” how our planet works out? Where does system come from? and how does it control our past, present, and future?” It’s like two characters in a software program arguing if man exists and; “Do you think ‘man’ exist?” “Don’t be ridiculous. We obviously formed from a software and hardware explosion in a factory shop that ultimately came from nowhere!”

“Almighty has sufficiently demonstrated His greatness in both scriptures and science.”